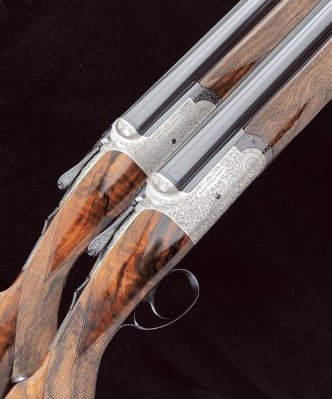 Commenting after the sale, Auctioneer and Expert-in-Charge, Gavin Gardiner, said: “I was delighted that the sale was so well attended with many international buyers present in the room. The best lots were keenly contested with many duels between telephone, internet and room bidders. The exceptional pair of McKay Brown over and unders attracted the attention that they deserved and many fine and rare items sold especially well. In a difficult market it was especially pleasing to see private buyers and collectors dominate the results. I look forward to my next auction at Sotheby’s on April 15, 2015.”