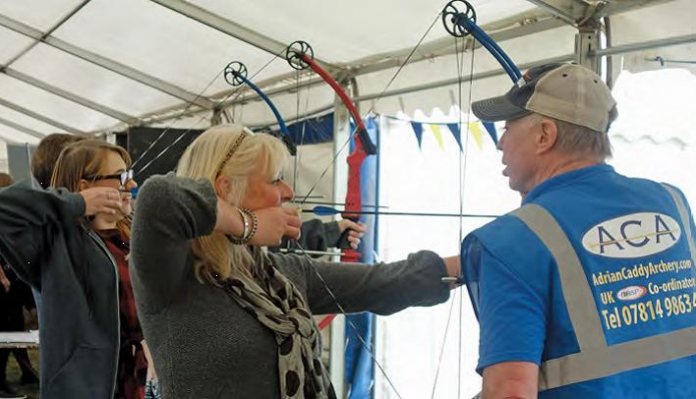 I first met Dave Mills back in the 1990s; whereabouts exactly I don’t know, but it was in a field or wood somewhere in the UK! That might sound a bit vague but it was while taking part in an air rifle Field Target (FT) competition; so, I guess it could have been any number of UK air rifle clubs. He was always a pleasure to spend time with and I always knew when Dave was about, as you could hear his distinctive, contagious laugh a mile away! He was extremely enthusiastic about the sport and shot a rather ‘niche’ rifle, an MDS Special, built by Mick Dawes.

Dave was always keen to introduce new blood to the sport of airgunning and formed the Airgun Training and Education Organisation around 20-years ago. The ATEO has gone from strength to strength over the years and have been seen at all manner of country shows and game fairs etc.; they also go into schools to teach youngsters about airguns, the law and the safe usage of airguns. Dave’s a bit of a human dynamo and he and the team have introduced thousands of youngsters to safe, enjoyable air rifle shooting.

Adrian Caddy (of Adrian Caddy Archery) is like Dave in a lot of ways, but his passion is clearly archery! He’s a fully qualified archery coach and uses traditional longbows, as well as modern recurve bows. He is an advanced instructor with the National Field Archery Association in America and is Co-ordinator and Chief Trainer of the UK branch of the US-based National Archery in Schools Program.

When Dave and Adrian teamed up, it was bit of a no-brainer really, as they both shared a common aim, of taking their chosen sports to a wider audience and this year they attended seven Living Heritage events throughout the country, the last of which was the Essex Game & Country Fair near Billericay.

I went along to see myself what was on offer and it really was fantastic! A steady stream of visitors were lining-up to have a go and Adrian was instructing complete novices in the noble art of archery and it was great to see people who’d never seen, let alone held a bow before, become proficient before my eyes! A series of targets were set out, including life-sized rubber models of animals, as well as conventional round target bosses. People were soon getting the hang of it and the look on their faces told the story.

It was the same on the airgun range and whilst people were queuing, they could read various posters that detailed airgun law, safety and how airguns can be used to control certain pests in a safe and humane manner. Dave had a 10-metre air rifle range, as well as conventional spinners for people to shoot. He also had a rather addictive CO2 pistol speed shoot with eight circular targets; they light up and the idea is to hit them all as fast as possible. I couldn’t resist having a go and I did pretty well, but not as fast as a chap earlier who put in an amazing score! It was great seeing a group of youngsters, male and female, try and beat each other and one father and son said that they were off down to The Airgun Centre to buy a suitable pistol! Dave’s colleague Sarah Hanna was also on hand and she’s been a huge asset to the team.

I can see the ATEO/ACA airgun and archery roadshows becoming even more popular, the team put their heart and soul into it, so look out for them next year at a Living Heritage show near you.