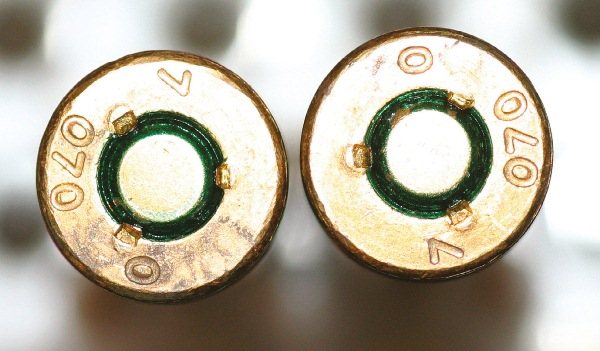 Ascary range experience was the inspiration for these words. A shooting colleague had travelled some distance to a competition, only to discover that he had left some of his ammo at home. Yeah, I’ve done something similar in the past and I guess most of us can identify with the situation. The word went round and a fellow shooter offered him a couple of boxes of his competition winning handloads, adding, they’re a bit hot but should be OK in your gun.

The critical comp arrived and I could see my buddy struggling with his .357 Mag Long Barrelled Revolver (LBR), beating the cylinder with his hand in order to try and close it. The extent of the recoil and muzzle flash encouraged me to move a bit further from the firing point. Much fumbling ensued and by the end of the comp he had a mixed heap of fired and unfired cartridges by his side. I decided to get nosey. It soon became obvious that the cylinder jams had resulted from proud primers, VERY proud in some instances. Indeed, some had been lightly mashed against the revolver’s shield by the attempts to close the gun. A few bullet tips were bruised where they had finally been chambered but not fired, indicating an out of spec COL. Fired examples all had incredibly flat primers with the crater rim marking the gap between the firing pin and its hole. Many were blown and smoked.

It transpired that the cartridges had been reloaded with 200-grain .35” Cal pills for use in a long barrelled bolt action pistol. The action was stronger, the chamber deeper, the gun heavier and the process of closing the bolt had been the inadvertent means of ‘seating’ the primers. So let’s take closer look at primers and priming.

The primer is the only part of our cartridge that contains a true explosive. Two designs exist, the almost moribund Berdan (twin off set flash holes) and the self contained Boxer (single, central flash hole). These days that explosive charge is mostly lead styphnate, but some ancient military cartridges can still be found that contain highly corrosive fulminate of mercury and potassium chlorate. The charge sits inside a shaped cup, usually stamped from cartridge brass and nickel finished. The charge is sealed with a lacquer disc and the assembly is completed (in Boxer designs) with a star-shaped brass anvil. Anvils usually have either two or three ‘fingers’. In a Berdan primer the anvil is a pointed central element formed within the primer pocket. In a fired case the obvious indicator of a Berdan primer is the presence of two flash holes. Charges are detonated by the impact of the firing pin ‘pinching’ the charge between the deformed cup and the anvil.

As supplied, the Boxer anvil is raised from the charge within the primer cup, often showing as the set of ‘fingers’ raised above the rim of the cup. When the primer is correctly seated in the pocket the process closes the anvil into contact with the surface of the charge. If the pocket is clean and of the correct size, the seating process will leave the face of the primer either flush or very slightly below the rest of the surface of the case head. A good check is to rub your thumb across the face; it should detect an incorrect ‘raised’ primer.

While we’re on the topic, let’s recap on primer specs. We have two basic diameters, Small and Large. Their nominal diameters are 0.175” and 0.210” respectively. Many variants of each size exist, including Pistol, Pistol Magnum, Benchrest Pistol, Rifle, Rifle Magnum, Rifle Match and Benchrest Rifle. Atleast ten different brands are commonly available with each maker having a slightly different take on the spec of each of their products. As a known example, a Federal Small Rifle Magnum primer is considerably more potent than a Small Rifle Magnum from Fiocchi. Whilst a small rifle primer will fit the small pocket in a pistol cartridge, there is a slight depth difference between large rifle and pistol pockets, meaning that the primers are not safely interchangeable. If you have any doubts about the size of your primer pockets and cannot justify the gauges, just break out your Vernier. SAAMI standard dimensions are 0.1730/0.1745” for small primers and 0.2085/0.2100” for large primers.

Primer pocket hygiene and dimensions are important for many reasons. Poor cleanliness can result in the primer not seating to the correct depth, meaning that your attempts to achieve the desired flush fit can force the anvil hard into the charge. This deformation ‘preloads’ the primer and can damage the lacquered disc, resulting in a possible misfire. Even worse, aggressive attempts at seating the primer under these conditions could cause detonation…. and the possible sympathetic explosion of the rest of the primers contained in your primer charging system! It’s a no-brainer, wear eye protection when handling and installing primers.

Residual abrasive crud in the pocket can also be blasted through the flash hole and down the barrel. Pocket dimensions can be deformed by excessive case pressure (overloads) or by the removal of too much material during uniforming processes. Tight pockets can be the result of poorly removed or reformed military crimps or the presence of sealants. Sets of primer pocket go/no-go gauges are a cheap method of checking. If in doubt, throw it out.

The owner of the aforementioned Long Barrelled Pistol was living a charmed life. Whilst the gentle closure of the bolt had ‘seated’ his primers, it only required a slightly more forceful push on the bolt to initiate a slam fire… especially if the firing pin was slightly proud, had a light spring or was broken. A rifle bolt blasted into in the forehead can cause more than a headache! Slamming the revolver cylinder shut could have also triggered a messy blow-up. On a broader level, using reloaded ammo from an unknown or unproven source is a seriously risky exercise. On this occasion the hot load with its heavy .35 Cal pill was effectively a rifle-spec cartridge, probably close to proof for the revolver. Even worse were the liabilities involved. If the revolver had blown up, injuring a third party, where would the buck have stopped?