How to Get into Shotgun Pest Control 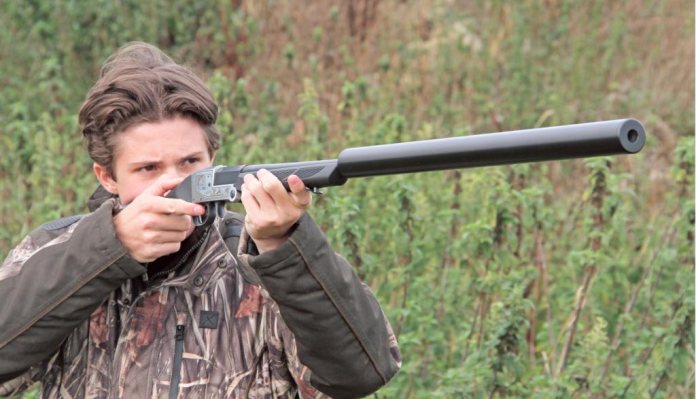 Most people get into shotgunning via one of two ways; either through being taken around the farm as a lad with a 410 shotgun and a chance of a rabbit for the pot, or from some informal clay pigeon shoot. I was the former but these days it is quite difficult to get hold of a shoot of your own. Shooting is becoming increasingly popular and more and more land is now either shot over or forms part of a syndicate. However, there are always chances to pick up new ground.

You don’t have to have a large wallet either, but it is always a good idea to be a member of a recognised organisation, such as the BASC, NGO or BDS, as these offer insurance with membership. When approaching a landowner or farmer, having proof of membership, knowledge of the land, safety and asking about footpaths or cattle movements all helps. I usually have a card with my details, contact numbers and car registration, so that I can be contacted when necessary.

Regards starting off with shotguns, most people go the full blown 12-bore route, being the most common and often cheapest, due to the vast array of new or second-hand guns that are available. Realistically, if it is purely vermin control, as opposed to pigeon shooting over crops (which is still pest control) then I really prefer the smaller calibres and quite often semi-automatics and silenced guns, as these offer to me a better practical solution.

90% of all my shotgun duties are vermin based; rifles are first for me but there is no substitute for the fast-handling of a shotgun in a tight spot after a fast quarry. Usually, to me, a small calibre, no more than 28-gauge, unless it is a subsonic and silenced 20 or even 12g with appropriate ammunition.

The 9mm Flobert or No. 3 Garden Gun, as we used to know it, is an unusual, close- range shotgun round; it has its uses where the 22 shotshell falls short and 410 is over-kill. Ammunition is expensive now and a bit hard to find. The 22 Shotgun is a bit specialised, but I quite like the 22 shot option only for very small vermin at very close ranges for rat. Typically, a CCI Mini Mag No. 12 shot and total 165 pellets at 5ft the spread was 15-inches and a total 74 pellet strikes.

A single barrelled 410 usually takes the form or a break barrel type, where the barrel folds back against the stock, such as Baikal, Yildiz, Adler or Huglu; or as a bolt action design, such as Webley and Scott, Norica or Mossberg. The appeal of a single barrelled 410 is not only cost, as they can be bought as cheaply as £100 second-hand or £175 or cheaper for a Baikal, Adler or Yildiz models. You can also have wood or synthetic these days with regard stock design, which is a nice option. They are also by their nature pretty safe to use, being a single shot only and is a good way to start a youngster off and this is echoed in the fact that they are light too.

Due to the long-exposed barrels of a single barrelled they lend themselves to a full-length sound moderator, which on a 410, is very handy for close range work or an urban environment. Some have exposed hammers or covered but the top lever or side lever is used to break the barrel/action, so that the barrel swings down to load. It’s really simply and bomb proof design and, even if you start off with one of these guns and progress to a double, there is always a space for a single barrel in the cabinet.

I really like the York Guns Stealth/Adler or Saddlery & Gunrooms Hushpower. The Mossberg Stealth pump action Model 500 chassis, due to its inexpensive cost, makes sense to use when the additional cost of the silencer is added. The barrel is then ported and a sleeve added that also contains a onepiece baffle section. Available in wood or synthetic stock version that further adds to its usefulness as a serious vermin control tool.

With Eley Extra Long Subsonic (three inch) plastic case holding an 18-gram load of No. 6 shot has a velocity below 1100 fps designed for a very quiet report in silenced weapons. 18-grams translates into 89 pellets at 30-yards hitting the pattern board. 68 No. 6 shot in the outer sector and 21 in the inner 15-inch circle. At 25-yards, this ratio increases by 25%, so range is important.

I use the silenced Mossberg 410 for farmyard forages and also squirrels and well, all sorts of vermin control where a quiet, small bore shotgun is ideal and discreet.

You can go traditional with some lovely older English 410 shotguns on the market, but these can be dear; otherwise, there is a whole raft of modern 410s from Yildiz, Huglu, Kofs, Beretta, Browning or Bettinsoli. You can spend £500 or £2000 on a double 410 dependent on your fancy. The all perform the same duties, with a quick shot where necessary and choice of non-ejector or ejector. Personally, I would go ejector, as a quick reload is very handy. With a 3-inch chambering, you can shoot 2-, 2½- or 3-inch shells, making for a very handy versatility to match the vermin and range you at shooting at. It’s even better if you buy a model with screw in chokes, then you can play around with differing sizes to get the exact spread or density of shot to suit your requirements.

The Kofs Sceptre 410 or 28g, for the money, is hard to find fault really, at a great price for any calibre and would make a superb vermin tool for under £599.

Traditional O/Us, like the Browning 525 Game One in 410 or 28g is another superbly made small bore, with removeable Invector chokes for diversity of pattern and spread. Like the Xplor or Bettinsoli, the 28g version transcends the boundary between vermin or game gun very nicely and I like that.

The 410 pump actions don’t have to be silenced to be a useful pest control tool. I also really like the Remington 870 410-gauge pump, this has a fixed choke design, but it is easy to switch between barrels and, in a 410, a modified or full is all you need.

Shooting Hull’s High pheasant 410 loads, the Rem 870 makes a great farmyard gun for ambushing ferals flighting into barns, the odd rabbit on the fringes, as well as squirrels that think you can’t see them.

There are not a lot of 410 auto’s, only Remingtons and Armsan’s new A636. The Remington 1100 or Sporting 410 range have provided 410 vermin control fanatics with an ultra-fast 410 three shot gun. The Sporting 410 is a favourite with my son and makes a super ratter and for squirrels in the branches. Best of all, is the Rem Choke system that allows you to get the best from your .410-gauge.

This really helps achieve the perfect pattern for the range you are intending the Remmy to be used for and matching the shell size and shot size to gain optimum pattern density and spread.

The new Armsan A636 is set to give the old Remington a run for its money; at under £600, it’s great value and, as with other Armsan shotguns, is one of the best Turkish manufacturers. Its semi auto action, blued steel and walnut stock handles really well and is reliable with 2½- and 3-inch shells and comes with three chokes. The Armsan throws lovely patterns too, especially with Gamebore Hunter loads and the new Eley Skeet No. 9 shot as a safe, shortrange vermin load with minimal overkill.

One area that has really increased recently, is the use of subsonic ammunition with silencers; this is probably due to more people complaining about noise and encroachment into rural areas by the masses.

The new A-Tec A12 sound moderator has transformed the way you use a mod on a shotgun. It is so easy to fit, by just replacing an existing choke with the special A12 choke adaptor. Suitable for normal velocity, supersonic or reduced velocity subsonics, it turns a 12g into a very good, ‘low noise around the farm’ type of gun when loaded correctly. Fitted to a Mossberg pump and with Hull VLR subsonic rounds, it is so quiet that it makes close-quarter, around the farm pest control totally viable and effective. Fitted to the Beretta semi auto Comp gun, it makes a good squirreling gun with normal 12g ammo and ultra quiet one with subsonics. It’s a very effective silencer for shotguns, with a simple and effective attachment method that sits below the sight line, so does not affect the aim.

Saddlery and Gun room make a series of circular 12g moderators that again fit via a choke alternative system and offer excellent noise reduction too. The 10-inch Hushpower version is superb and cost effective too and a real handy vermin shooter’s piece of kit.

I know people spend a fortune on their guns and a day’s game shooting can be very expensive but vermin control with cheap guns is accessible to all. I for one prefer it, as it’s doing a useful job around the farm and the quarry is numerous and often edible.