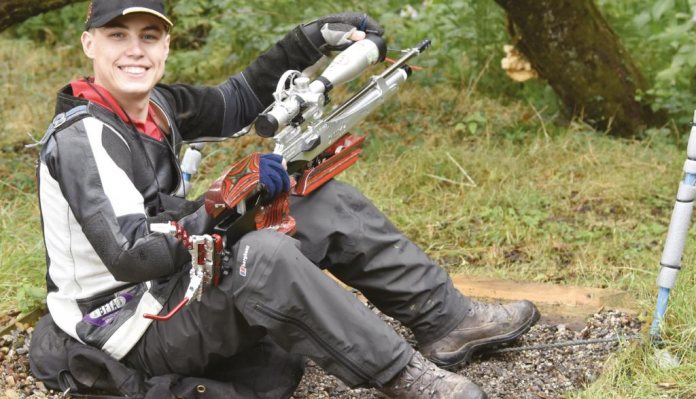 Given that last month I was explaining how good my new barrel on my EV2 is, I thought this month I’d better get my excuses in for not improving! The sport of Field Target, like many others, is full of people giving advice, but the vast majority of it comes from those that never reach the top of the sport. So, and as someone who has made it to (near) the top, I can tell you that most of what you will read on forums is rubbish! Kind of explains why those giving it are where they are in the tables! As the saying goes: “those that can, do, those that can’t, teach!” There’s another that implies that everyone has opinions but not all are worth consideration. OK, there is some useful knowledge a new shooter can gain from internet forums, but you really need to know if it is coming from a top player, a paint chipper, or someone just trying to sell you something!

One of the things I have always enjoyed doing at my local club is taking an enthusiastic newcomer to FT and helping them set up their rigs- then progressing to technicalities on the course, sort of ‘teaching’! It’s rare to see someone come into the sport and get to the top quickly. I remember when Jack Harris first turned up some 10 years ago and very quickly progressed to AA standard to the surprise of many. Jack, however, is the exception; as most shooters will take 12 to 24 months of good practice, i.e. being shown by a top shooter, before they start to show improvement. This has been the case with my current two apprentices. We have put the effort into making our FT club, Oaktree FTC one of the best, (if not the smallest in the UK) resulting in two courses, 40 and 50-shot plus. There’s a full zero range, so setting up the FT rigs is all controlled, and then (blowing my own trumpet), there are 90 superb shots of varying styles and difficulties to test anyone from C to top AA grade. So, although some think we are lucky to have what we have, its only reaping what we have sown!

18 months ago, both my club Mates, James ‘Don’ Gooch and Simon ‘the Doc’ Poulter were genuine C grade Paint chippers putting plenty of pellets onto plate and occasionally fresh air! To give an example, that would be something like a score of 17 - 22 on a course where the top score is nearer to 37. Both have progressed well and taken to new ideas on our training days at the club. 12 months ago, it was easier to get a cow hide off a living cow than to get Don to wear one, in the form of a gimp coat! Now it’s a case of if only I had told him last year! OK, he is still only hitting 1 out of 4 standers, but that’s his 2019 progression target. I’ll get him to practise standing shots regularly and hopefully, he’ll progress from B to A grade. After all, if he can hit more off the bag at the 2018 Welsh GP than me, the potential for moving onwards and upwards is definitely there!

The Doc, on the other hand, has progressed a bit better, leaving aside his driving! I really thought he would, after leading the BFTA GP Series all summer in C grade, wrap up the title at the last round. Unfortunately, I think something, either pressure or nerves, got to him, and it slipped through his trigger finger. So, with his progression in 2018 earning him a place in A grade next time around, my aim is to get his ‘desire’ levels up high enough, that he can make a top 3 place.

With the lack of course checking and rules being enforced, some of the course design is not to my standards, making them long and boring; so, I am not wasting expensive diesel travelling to sub-standard grounds! However, when I do turn up, I think I will be once again a top 10 contender in the AA FT grade and of course I am going to win the worlds in 2019 (quick prayer), so no excuses from me really on the FT courses! My main aim for progression in 2019 however, is in the side event of silhouette shooting! After a fairly poor 2018 season with just a couple of fluke good scores, it really is the area I want to improve on. I will have spent the Winter doing as much ‘NEFTA’ style training on our silhouette racks, (40 targets a time), so hopefully my November average of mid 24 ex 40 will have risen to about 33 by the NEFTA Classic in early May.

Otherwise, I shall just have to face reality, and blame my ability. Just call me ‘Air chipper!’