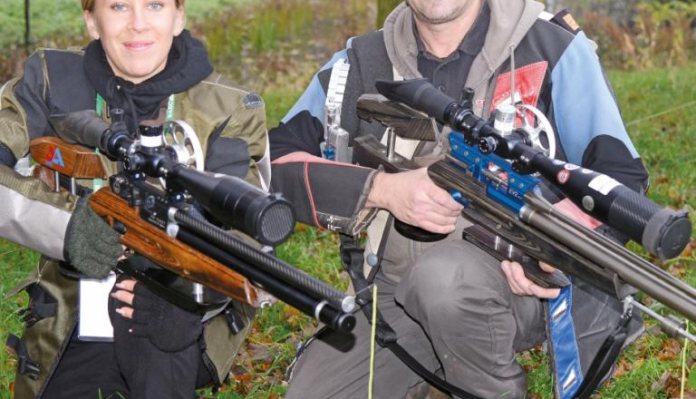 Like football, cricket and many other sports, the U.K. invented the discipline of Field Target (FT), but it seems that we could, if we’re not careful, lose control of it? Don’t get me wrong, seeing FT spread to 40 countries around the world is good and no doubt that fi gure will increase, but there is a problem.

The British Field Target Association (BFTA) has had a set of shoot rules for a long time, these are reviewed each year at the (November) AGM and changed where the members have deemed necessary to suit us in the UK. It’s democracy and works, most of the time!

What our rules should achieve is to make the competition fair and equal and they especially need to make sure that shooters are enjoying what they do, certainly at competition level. So, the rules made that make things harder need looking at, as FT is losing numbers each year. Some recent rules, like the use of a kneeling roll have made the shooting easier, which is not necessarily a bad thing. However, and what’s concerning me, is the tendency to head towards fully adapting the World Field Target Association (WFTF) rules, some of which are simply a step backwards and, in some cases, just daft!

We (BFTA) have just taken a step, which in my experience will make it harder for shooters, particularly newer members, to read the wind, which, is one of the real arts in this demanding discipline. For reasons I don’t fully understand and certainly don’t agree with, WFTF does not allow a shooter to throw leaves or dust into the air to judge the wind. This practice has been used in the UK since the start of the sport and, in recent years, had progressed with different techniques. Suck as; the use of talcum powder and fi ne mist water sprays that emitted a fi ne cloud of particles that defi nitely pick up a slight breeze better than the traditional indicators that are allowed to be attached to the rifl e.

Granted, if a shooter covers you or your kit in talcum powder it makes a mess and can be annoying, but the experience is very rare. It’s happened to me once in 10 years! If it’s the fi ne mist from a water spray, well, coming from Wales, we don’t notice it! Both powder and water sprays are cheap to buy at under £5 and when used, defi nitely help read the wind. Now we are left with hoping the strings in use are not tied down, or that the string is not so heavy as is the fashion of recent years; they don’t pick up the slight breeze that can take an 8.4-grain pellet out of the kill zone at 50+ yards!

To go with the ban on Puffers, smoking is also now banned under BFTA rules on the fi ring line, in line with WFTF. Now that one could be a real killer for the entry numbers to the sport? Yes, but smoking is a killer to the shooter you say, well I am pretty sure they know that and that’s their choice. I can’t say in all the hundreds if not thousands of hours I have spent on an FT fi ring line, I have ever breathed in my shooting partner’s smoke. In fact, I am very happy for my shooting partner to be smoking or vaping while they marshal my shot, as their smoke is also my windicator.

If you look at what the smoking ban did to another UK tradition, the pub trade, it’s not good news in my book. What makes these bans just daft for me is that in most WFTF events I have been to, the ground is usually dry and dusty. So even just dropping the bag (FT seat) onto the line and certainly when I then land my 20 stones on it, sends a cloud of dust up in the air, which I then legally watch drift away. You can have that one as a tip! So, you have to wonder if a WFTF event is ever held on a cold day, will breathing be banned!

To balance things however, I do agree with adopting the WFTF rule on timed shoots. For me, timing is probably best reserved for national standard events, as it’s just another thing that puts off newer shooters at regional level, which should be the introduction point to the sport. The BFTA rule was very open to abuse, in that the clock is not started until a shooter raised the scope to eye. That did see some shooters enter lane, and for anything from 1 to several minutes refuse to raise said scope and thus have the clock started, as the wind was blowing! This of course soon leads to queuing at a shoot, which effects all the entries and thus is more annoying than a bit of spray or smoke!

So now we (BFTA) have the 3 minute rule. Three minutes from the time you enter the lane. That, for two shots is more than enough. Most shooter will be around the 1 minute 30 second to 2 minutes 30 second time scale, with no real pressure from the clock. However, keeping with the silly WFTF rules, if there is a stoppage, you get the clock re-set with a full minute for preparation plus a full minute for each target un-shot, so potentially back to 3 minutes no matter how long you have already been in the lane! I have seen this in action at WFTF shoots, where a shooter has been on the lane for 8 minutes! That’s defi nitely a step backwards, off the cliff!