How to Take Up Firearms Target Shooting 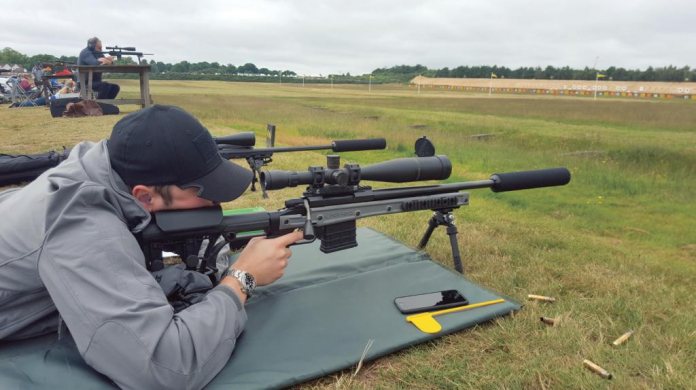 If you fancy trying your hand at target shooting with a firearm of some sort, you’re really spoilt for choice; Graham Allen looks at how you can get started…
Firearms can obviously be used for all manner of tasks, from military and police use, hunting and controlling vermin and of course target shooting. People originally shot at targets to make sure that they were going to hit whatever they were aiming at, be it a soldier, deer or rabbit etc. Eventually, the challenge of being as accurate as possible became the objective in its own right. If you look at the traditional German and Swiss ‘Schutzenfest’ shooting festival for instance, it started as a way of improving marksmanship in the Middle Ages, in a similar way that ‘The Society of Working Men’s Rifle Clubs’ (later to become ‘The Society Of Miniature Rifle Clubs’) was formed in the UK to improve marksmanship during the Boer War. Despite the original aim, if you’ll pardon the pun, being for ‘defence of the realm’ etc. people just loved seeing how accurately they could shoot and once an element of competition with other shooters crept in, it became a proper sport. The 22 calibre rifles used are fitted with aperture sights and the distances are 25- and 100-metres; shooters may use specialist jackets and slings and a high level of accuracy is achieved. Contact: nsra.co.uk

In the UK, there are several routes into the sport, but the best is to join a local club but it’s probably an idea to attend a ‘guest day’ if possible, as you will be able to see the various disciplines that take place and, depending on the club, you should be able to try your hand and see if you like it. You can’t just walk in off the streets though and need to be known by a full member. It’s best to contact the club prior to visiting and you must sign the following declaration: “I state that I am not prohibited from possessing a firearm or ammunition by virtue of section 21 of the Firearms Act 1968. Section 21 applies to anyone who has been sentenced to imprisonment or to youth custody or detention in a young offender institution for three months or more. The prohibition is for life if the sentence was greater than three-years, if it was less than three years then the prohibition is for five-years from the date of release. I further state that I have never had an application for a firearms or shotgun certificate refused or revoked and have not had any application for membership of a shooting club refused/revoked.”

Clubs can have up to 12 guest days per year and they must inform the local police 48-hours in advance of holding one. The National Rifle Association (NRA) at Bisley Camp in Surrey offer guest days and there are many, many disciplines shot there, as it’s pretty much the home of shooting in the UK, where you can shoot anything from a 22 rimfire up to large centrefire calibres out to 1200-yards! They also offer Training Days Skills Courses for new shooters in various disciplines, such as Target Rifle (TR) Gallery Rifle & Pistol (GR&P) and Civilian Service Rifle (CSR).

If you choose to join the club, you have to be a probationary member for six months, so that the club members can get to know you and assess your safety with firearms, attitude etc. The new shooter will be trained in the safe use of the firearms used at the club but will be supervised at all times and; should they be accepted for membership they will then be able to apply for a Firearm Certificate (FAC) and with a couple of referees who can vouch for their character etc., the local police firearms team will look into their background and inspect where they wish to store any firearms and ammunition that they wish to buy and store at home. An approved cabinet is required, and an alarm system is always a good idea, as it shows that you are serious about security of your property.

Most local gun clubs started as Smallbore Rifle clubs but most now shoot ‘pistol calibre’ rifles and carbines as well as the traditional match rifles.