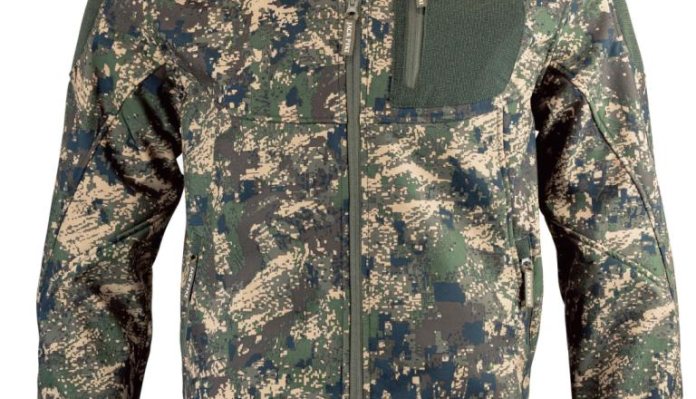 Jack Pyke have given us more than a few very useful and effective camo patterns over the years since they first launched their English Oak design.

However, this time they’ve not gone down their usual photorealistic route but have almost jumped ahead of current sporting trends by launching their own Digital camo pattern. Granted, this type of camo has been with us or more specifically used by the military for a very long time and even now certain armed forces – especially the American marines – are still using a digitally created one known as UCP (Universal Camo Pattern) in many theatres of operation.

Camo such as this is often glibly referred to as having been designed by the aid of a computer – which to a large extent is true. However, this still needs human input and the knowledge gained by looking at various types of terrain, flora and fauna to discover the most common and oft recurring natural colours of where the camo will be used. In this case Jack Pyke took the most relevant colours found in the UK’s countryside, inputted them into the software that creates the random patterns using pixels and pixilation and, hey presto, we now have the company’s take on this type of concealment.

The Digital Soft-Shell Jacket has been launched to showcase the pattern and due to its very well considered design is a highly desirable general use jacket. Manufactured from 95% Polyester 5% Spandex it’s windproof, breathable and water resistant. It also features a double weatherproof zip main opening with chin guard, high stand-up collar, has 2x lower pockets with zips and a panelled zip fasten chest pocket. The outer also has contrast panels on the shoulders while the elasticated cuffs have thumbholes.

Interestingly the 2x lower pockets are positioned relatively high up the sides of the garment making them very easy to access and comfortable to use. Also, all zips have cloth tag pull assists making this a highly comfortable and well-cut garment.

Another few but important aspects of the build are that the jacket thoughtfully includes a light fleece lining for extra warmth plus comfort and the collar rises up higher at the back to provide extra protection to the rear of the neck.

As for the overall look of the camo design itself – on closer inspection this is quite an involved yet simplistic blend having a combination of colours ranging from green to beige with a smattering of browns and black to add more contrast and shade. All are randomly distributed throughout the ‘canvas’ of the material in that quite blocky pattern that is familiar to all digitally created designs. It also manages to cleverly lean towards the green end of the spectrum without being overly bias towards it due to the colour range incorporated so it can certainly be termed as a more general-purpose camo. As many more garments are to be added to the range there’s little doubt this is one to definitely keep an eye on.