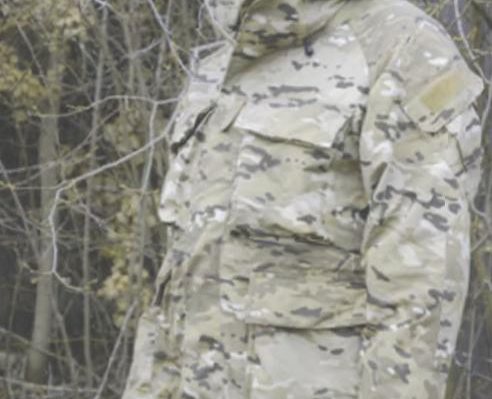 I’ve never been drawn to camouflage clothing for stalking, as I have reservations as to it’s effectiveness! But it’s big business, but is it worth it? The argument; to our eyes, camo breaks up your outline, and blend into the background, using complementary colours in a disruptive pattern. However, deer don’t see the world as we do. As a prey species, they have completely different vision, which negates the camouflage effect we perceive.

There is so much conflicting information, with clothing manufacturers adding their version of the truth. I corresponded with George Gallagher, Dana Professor of Animal Science at Berry College in Georgia, USA. He has been studying various aspects of white-tailed deer and I am grateful for sharing his research. Below is a distillation of his research and findings, which I’ve summarised and believe to be implications for deer stalkers. He studies the anatomy and physiology of the various parts first, which informs the behavior of the animals; reference eyesight; deer act in a certain way because they see that way.

The distribution of different types of light receptors on the deer’s retina is key. Rods are more sensitive to low light levels, while cones contain photopigments giving colour to sight. Deer have a far higher percentage of rods to cones than human eyes. Our eyes have three types of cone; (trichromatic colour vision), enabling us to see short, moderate and longer wavelengths roughly equating to blue, green and red, which to us are our full rainbow of colours. Deer have two; photopigment types (dichromatic colour vision), enabling sight of short and moderate wavelengths in colour only. This likely enables them to see blue intensely, earth tones and yellow. Greens and reds are probably seen as grey.

Deer do not have a UV filter as we do, so their visible sight probably dips into the UV area beyond blue, which is invisible to us. They have a layer called the tapetum, which effectively reflects light received by the eye back over the receptors for a second time, further enhancing low light vision. It is not only the numbers and types of receptors that are important, but the distribution of them across the retina. Humans have more cones in the centre. Deer have far fewer, spread across the retina on a horizontal plane, giving greater peripheral vision. Think of this like pixels in a digital camera. The more, the higher the resolution. So, humans have a wider colour spectrum and greater clarity of image compared to deer.

The eye’s lens purpose is to focus light on the back of the retina. The ability in humans to change its shape (accommodation) allows us to focus from close to long distances. A deer’s and many other animals is almost fixed and has little ability to change. Here, vision is either clearer at shorter or longer distances. The deer’s’ appears to be fixed for better perception relatively close up. While the effect is nearsighted, it is different from humans where the shape of the eye and not the lens causes the condition.

Deer therefore have a wider field of view (FOV), about 280° compared to our 120°, with an almost fixed focus. Everything is in focus equally, but at a lower resolution. The eyes, being further apart, should give better depth perception and triangulation that together makes it possible, to run through thick cover without crashing into trees and branches; human sight is more directional! We need to actively look at obstacles and focus on each one to avoid them, making us slower.

For Professor Gallagher, the eye design informs why deer are crepuscular, as their vision is skewed towards the blue which is the spectrum of light most available at dusk and dawn. The enhanced low light vision, nearsightedness and ability to detect movement across a wide field of view are all traits we associate with prey species. The eyes had to be that way for them to be able to act that way!

So, what to take from this? It is movement that probably gives us away, more than recognition of our shape as a threat which causes flight. Keeping still means less chance of being spotted, due to the lower acuity (clarity) of deer vision, especially if clothing is in the green/red end of the spectrum, as this is perceived as a grey tone in line with his woodland surroundings.

The camouflage manufacturers always show a posed hunter, hidden in the undergrowth or in front of a tree. If they were to break cover, the movement would surely give them away; rendering the camouflage immaterial. If the overall colour is much different than the environment, the contrast alone could make the hunter stand out more regardless of the camo. That could enhance the effect of even a little movement, not mask it as intended. White in a camo pattern reflects all colours including blue, so is best avoided, so are similar tones of green and brown, the subtleties of which are lost on deer, looking to them like one mass.

Many modern washing detergents contain UV brighteners, to which deer sight is attuned. It’s probable that, if we wash our clothing in these, we could be seen more intensely, if not glow a little! I’ve been using Seventh Generation Free and Clear (£12 from Tesco’s, 1.47l, enough for 66 loads). The detergent is perfume and UV brightener free and less expensive than hunter-specific products. I believe it’s been effective, but it’s difficult to assess objectively in the field. Certainly, all the research would point to its use, making clothing less visible to deer than mainstream household detergents, as under a ‘black’ (ultra violet) light comparison the difference is pronounced.

Put into context, the discussion between wearing camouflage or country clothing is the least of our worries. Movement, perceived colour and scent are surely way more important than cleverly patterned clothing? Perhaps the best we can do is move less and be careful what we wash our clothing in! Next month; smell!