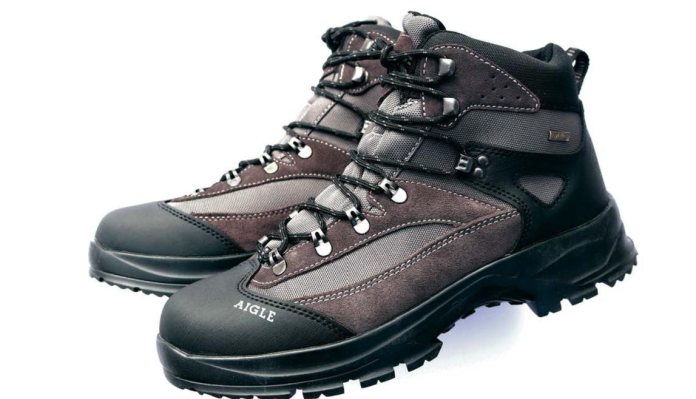 Aigle was founded in 1853 as a flexible rubber company in Montargis, France by an American businessman named Hiram Hutchinson, who purchased the vulcanising rubber construction patent from Charles Goodyear. Hardly surprising with such a pedigree and history that their Wellington boots are so respected. However, they have also given us traditional style hunting and hiking footwear and the Huntshaw 2 MTD Asphalt Boots are proof they’re still moving forward.

When these boots arrived, I knew they’d be a bit special. Reason being, for many months since they were announced as being a new Aigle product the company has hardly been able to keep up with demand. So, I’ve been on hold for a pair to test for quite some time. But that’s no surprise when you consider the brand name and it’s also seemingly been a while since the company launched a boot that is so suitable for hunting or hiking and at such a pocket-friendly price point.

The Huntshaw has many familiar features we’ve come to expect from this company, but also shows a more modern, universal style that many will find very appealing. The design uses split cow’s leather and polyamide for the upper, which allows it to be strong, durable yet surprisingly lightweight. However, strength isn’t compromised due to the use of a synthetic support at the heel which extends into the upper body. This inclusion also gives extra protection at other key areas including the very generous and well designed toe section. To simply call them stone guards doesn’t do them full justice, as they contribute to make for a very stable and strong structure. Also, thanks to a welded, MTD membrane, they’re water/ windproof, and breathable.

Both in and out

The insole is made up of a polyamide-lined foam base, a feature Aigle has used before, as it gives comfort plus shock absorbing properties. The rubber outsole is a Aigle branded design that is a well thought out combination of deep lugs and cleats, clearly indicating a boot designed for rugged use. Cleverly, they’ve used a raised heel section in the outsole. Few companies use such a design, which is surprising as it gives the foot a natural position, which interprets over to wearer comfort and a sense of greater stability as you walk.

The outsole also provides extra shock absorption, excellent grip on most terrain and the layout makes for easy cleaning. The boot also dispenses with the typical, all-round rubber rand due to the outsole giving you full 360⁰ protection such is its clever construction in proportion to the height of the boot. Lacing is catered for by 4x lower captive and 3x open speed hooks above, plus they have rear pull loops.

It also has what is termed adjustable elastic, which allows the body of the boot to flex making it easy to remove or get on. Plus, it further benefits the wearer as they draw fully to the foot giving an assured feel when worn.