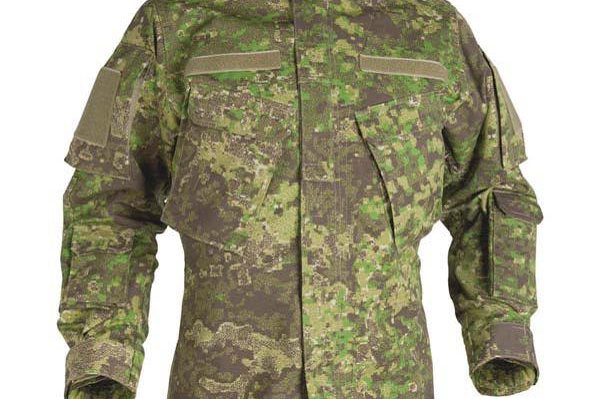 Every so often in the airsoft world you get an invite to a game that you just can’t resist, and in May 2018 I’ll be travelling abroad for a very special event: three days of full-on Military Simulation (MilSim) in the forest and mountains of Crete courtesy of ‘WarZone 2018’.

Of course, I want the best kit I can lay my hands on for this, and I’ve decided that I’ll be ‘flying the flag’ with a number of British brands; to this end, I’ve chosen the PenCott GreenZone pattern of camouflage for my personal loadout, as it’s both a superb pattern and also originates with Dom Hyde of Hyde Definition, a British pattern originator, whose creations are now known worldwide.

Sadly, to date, very few British kit companies have picked up on the pattern, so for clothing and some of the gear I’ve gone back to friends in the industry who do work with the pattern, and one of the real ‘adopters’ is Polish manufacturer Helikon-Tex.

I’ve worked with them a lot over the years and have a lot of time for, and great faith in, what they produce; I’ve also used their gear extensively, so I know it’s going to be fully ‘fit for purpose’.

My first port of call for Helikon-Tex GreenZone gear was www.military1st. co.uk, as they have a pretty comprehensive range of products in the pattern (and some of the other variants) not only from Helikon, but also Condor, and Wisport; between these brands they’re able to cover clothing and tactical gear pretty well.

I’m already a big fan of the latest Combat Patrol Uniform (CPU) from Helikon-Tex, so choosing that for the basis of my fast and light ‘Recon’ loadout was pretty much a no-brainer. At £62.40, the CPU shirt is made from NyCo Ripstop (50% Cotton, 50% Nylon), and is NIR treated. It’s superbly well featured with a high mandarin collar with a velcro closure and soft fleece inside, a zipped front with Velcro flap closure and two slanted chest pockets with a velcro top closure and zip side entry. There are further upper arm pockets on either sleeve, again with a velcro flap and zip side entry, and pen/ chem-light holders on each upper arm pocket; there are also two forearm pockets of various sizes on each sleeve with Velcro flaps, so you get a lot of storage space for all those essentials you want to keep on you at all times. The back is pleated for a comfortable fit and there are pit-zips to give additional ventilation when things hot up.

The matching CPU Trousers, also at £62.40, are made from the same fabric and feature ten pockets; there are two large pockets, and two small open pockets on the front, two slanted cargo pockets with Velcro closures, button loop and elastic draw string with toggle, two rear pockets with button flaps, and one lower side pocket with a Velcro flap on each leg. Both the seat and knees are reinforced, and there are pockets with a Velcro closure on each knee for protective padding (please note the pads are not included). There are nice wide belt loops and side waist adjusters to keep everything snugly in place, and drawstrings on the bottom of the legs mean it’s easy to blouse them if you like that.

This is a cracking, hardwearing and versatile uniform that I can thoroughly recommend to you, and I’m really looking forward to putting the gear through its paces next Summer. The CPU is also available in many other different patterns and block colours, and you’ll find pretty much the whole range with prices starting as low as £39.90 for the shirt by visiting www.military1st.co.uk.