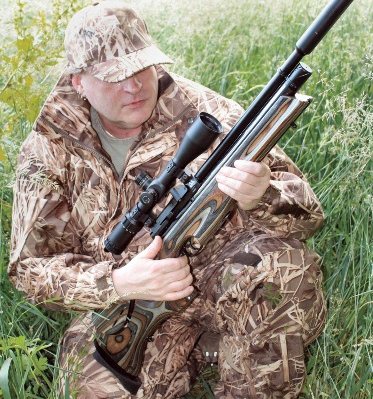 Jack Pyke has been extremely successful with their ‘own’ camo designs – first with the autumnal English Oak, then the summer-biased English Woodland pattern. However, I think it’d be fair to say they didn’t have the same success with the now discontinued Wildtrees Grasslands, a pattern that was designed for areas of dying dry grass, stubble fields and marshland. In my opinion it had its uses but was so terrain- specific most general hunters didn’t take to it except for those who shoot pigeon over stubble and dedicated wildfowlers.

Even so, they must have faith in the ‘base concept’ as they’ve now developed ‘Wildlands’ from it.

Initially it doesn’t appear to be much different, but on closer inspection and while wearing it amongst the terrain it’s designed for, it does seemingly show itself to have been slightly ‘modified’ for the better. It still leans heavily towards largely using a colour blend of ochre, fawn and off-whites and overall the colouration is certainly lighter. It can also be termed ‘semi-photo-realistic’ as it uses a liberal amount of lengthy ‘shards’ of what are obviously late-season coloured broad ‘reed-like’ grass stems and dry rye grass, including a very sparse amount of leaf patterning integrated within – their colouration is medium- to-very-light brown. I’d also describe the camo as being less ‘cluttered’ than the one it stems from and it certainly can’t be described as trying to give a wallpaper-effect most photo- realistic camo designs purposely strive to achieve. It came out for test on their popular Hunters Jacket and Trousers. A ‘Top & Bottom’ combination I’ve always liked and one feel has appealed to many hunters due to the garments build and features.

To briefly recap on these garments, both are manufactured from Stealth Fabric which is breathable, waterproof and silent. The outershell is 100% Polyester brushed tricot with a laminated membrane. The lining is made up of 100% Polyester with brushed mesh and taffeta.

The Trousers are a pull-up over-trouser design and have a broad reinforced elasticated waistband with inner draw cord including ABS toggle adjuster. There are two upper pockets with weather flaps, two side cargo style pockets with flaps and press stud fastening. At the bottom there are 14-inch long leg zips that allow you to easily slip them on without removing boots. Velcro adjuster straps are ideally positioned for you to cinch them tight around footwear. A sensible feature is the press stud fastener on the ‘zips’ overflap adding strength and protection midway along its length. They’re also reinforced at the seat and knee. So, with little doubt in the quality of the garments what of the new camo design?

Well, although Wildlands is a terrain-specific pattern, I’d say it’s certainly one of the better choices for the areas it’s designed for.