How to Take Up Airgun Target Shooting 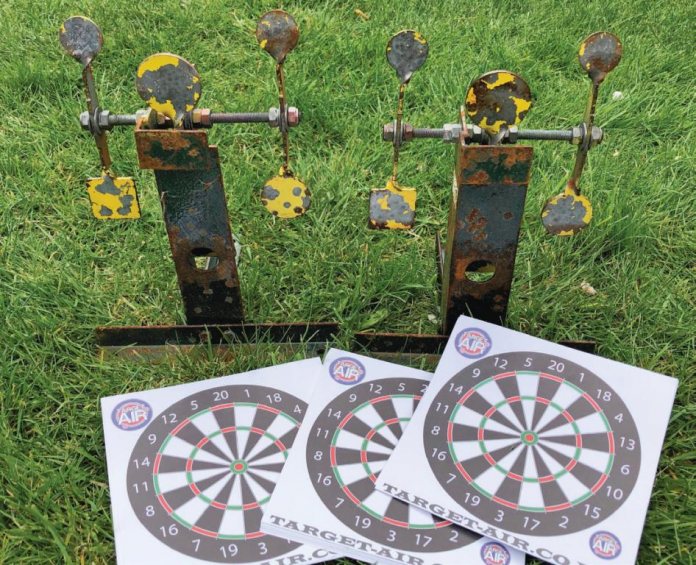 Graham Allen looks at the routes into target shooting with airguns…

Airgun target shooting, in its simplest form, is what most of us started out doing when we first handled an airgun and it’s almost universally known as plinking! I guess that no-one knows who coined the phrase originally but it was almost certainly due to the sound of a pellet hitting a tin can. Plinking, or ‘informal target shooting’ if we’re going to be posh, can be a great deal of fun and, as you’re using something that would otherwise be thrown away or recycled, the targets are free! You will obviously have to make sure that any ricochets are contained within your property, as it’s an offence for any pellet or BB etc. to go beyond your boundary and of course they can be dangerous to anyone in the vicinity; safety glasses should therefore be worn by the shooter and anyone with them. As most of us live in towns, it is also a very good idea to inform your neighbours that you will be shooting an airgun in your garden. As long as simple precautions are taken and you stay within the law, back garden airgun shooting can be really enjoyable and lead on to other types of shooting.

Even if you fancy really honing your accuracy against paper or card targets, you don’t even need to buy them, as you can make your own; however, it’s far easier to buy a pack of 100 ready-made target cards and they really don’t cost a great deal. Safety is obviously an issue, as you’re launching a small piece of lead down-range but a simple backstop can be made from a cardboard box stuffed with newspaper or cut up carpet but a proper pellet catcher is best.

The next logical step of course is to join a club of some kind and you should be able to find out where your nearest one is from your local gunshop; if they don’t know, a quick internet search should soon sort you out. You generally have two choices as to the sort of club you join, either indoor or outdoor. Even though the basics are the same, i.e. getting your pellet on target as accurately as you can, the two types are very different.